“A Recipe is a Set of Instructions” – Harper

Every year is a journey, a journey to build connections with nature to ignite a profound sense of meaning and wonder, a journey filled with exploration and learning. Our journey paved the path to explore, investigate and understand nature using our five senses.

A cinnamon stick is just a stick to a child, a stick that takes up many roles in imaginative play.  But as the children explored a varied collection of natural materials at the beginning of the school year, they started to notice the interesting qualities of each material.  From just looking at a cinnamon stick, it looks brown, but when immersed in water, it makes the water turn brown.  Just water has no smell, but cinnamon infused water smells, “Yummy!”

“Yummy” is an expression that a child uses that brings mouthwatering memories.  Hence the cinnamon stick took place on our exploration table along with various other natural materials.  The materials merged, intermingled and transformed into something more interesting.   As the concept of just combining ingredients became more complex, the evolution of more expressive languages started to take shape.  The idea of recipes started emerging along with the understanding of letters and numbers.  Grammar, numbers and drawing merged as the idea of recipes started to transform into an actual recipe.  Drawing and different representational languages made the children’s thinking visible.  Our brachot (blessings) at the start of each snack and meal took on greater meaning as we truly understood the significance of God bringing forth fruit “from the ground” vs fruit “of the tree”.

The children’s innate ability to rely on their senses gives them the understanding of the world and makes them comfortable in the world around them.  Through this exploration our Bumblebees took on roles of investigators, researchers, collaborators, illustrators, bakers and chefs. 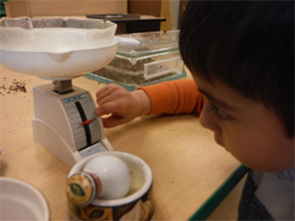 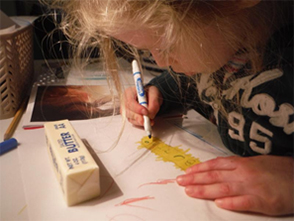